Four years Shea and the Studio McGee team worked on this project, the Hilltop Estate, and the fact that the clients had two little kids in tow proved to be a unique design challenge. How do you design a children’s room for a four-year-old knowing that they’ll move into it when they’re eight?

“I am so glad that we designed a space that grows up well. It speaks to [the importance of] picking transitional pieces that can be changed through textiles and color palette.” 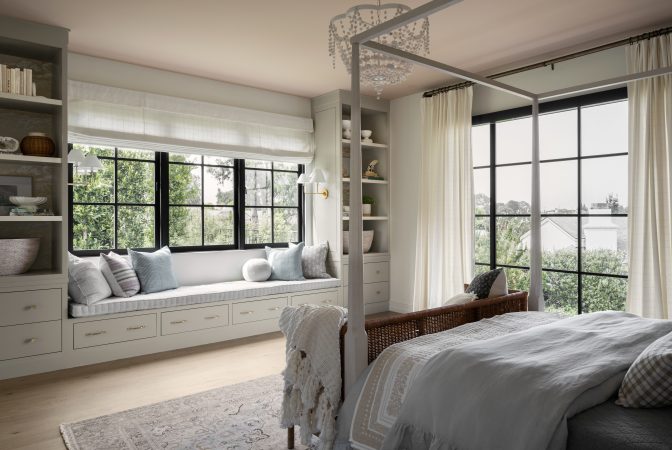 The little girls’ room features a soft palette of neutral tones like a light turquoise blue and faded gold. In order to incorporate one of her favorite colors, blush pink, in a sophisticated way, Shea drew inspiration from the beachy photograph hanging above the bed. That color was mimicked on the ceiling, Setting Plaster by Farrow & Ball. “Color doesn’t just have to be on all four walls,” says Shea, “you can think in terms of adding an accent on the ceiling.”

One of Shea’s favorite moments in this room is the wallpaper-backed built-ins, Cloud Toile by Schumacher. “It’s a gold metallic cloud wallpaper that adds pattern [to the space]. It’s an interesting wallpaper that sets a good backdrop for our client as her interests change.” See more of this space in webisode three of the Hilltop Estate project and follow along below as we explore two other kid-centric spaces in the house. 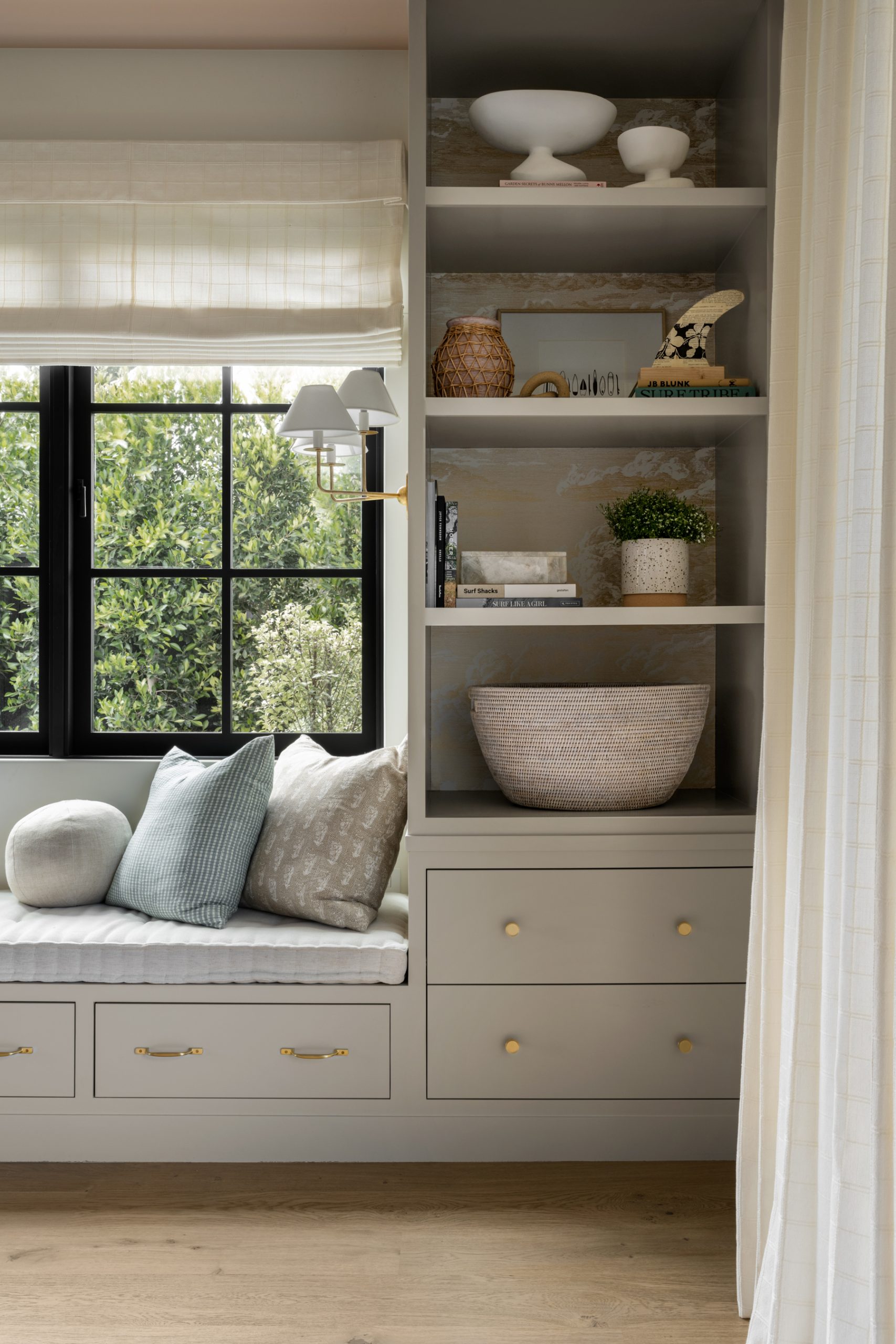 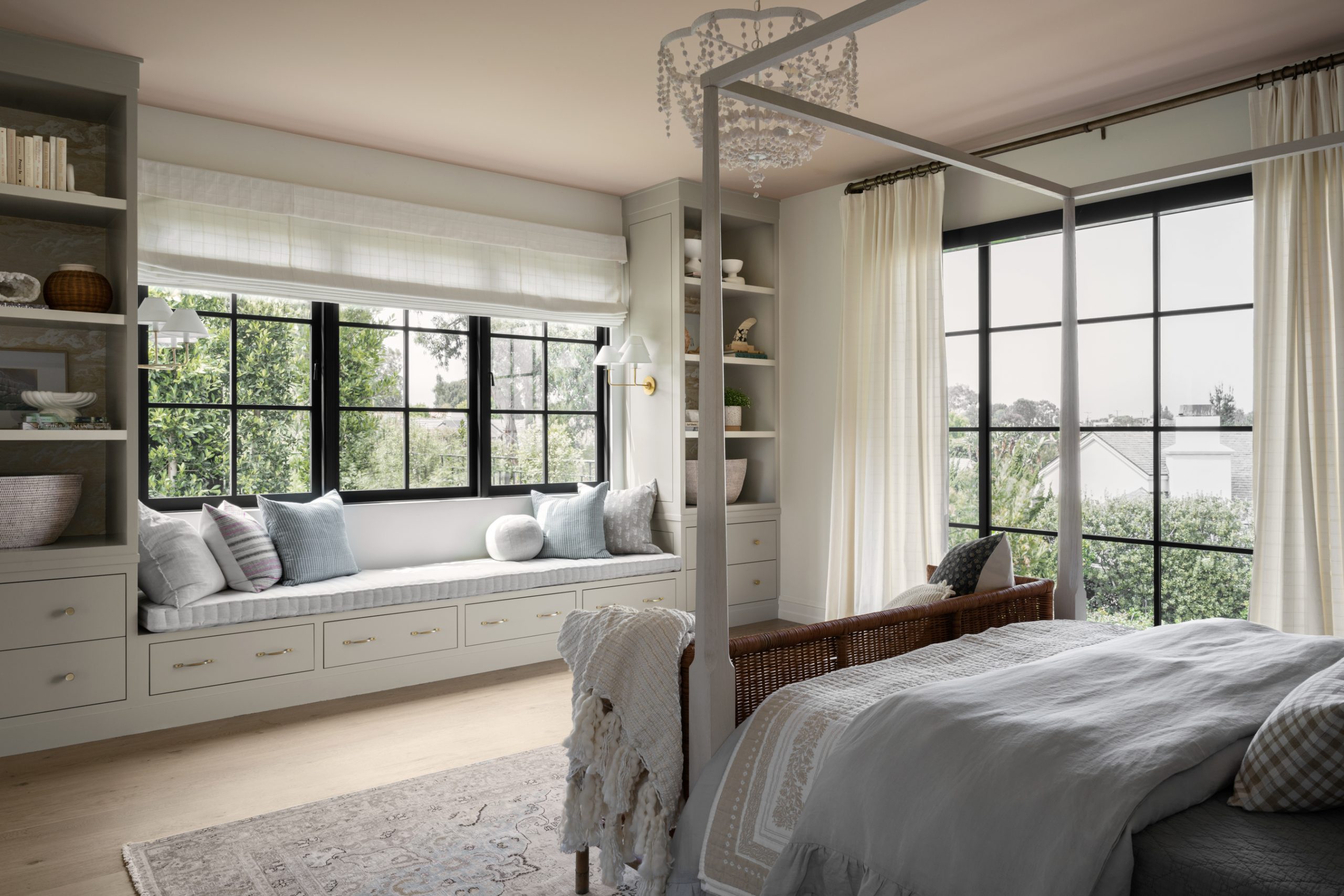 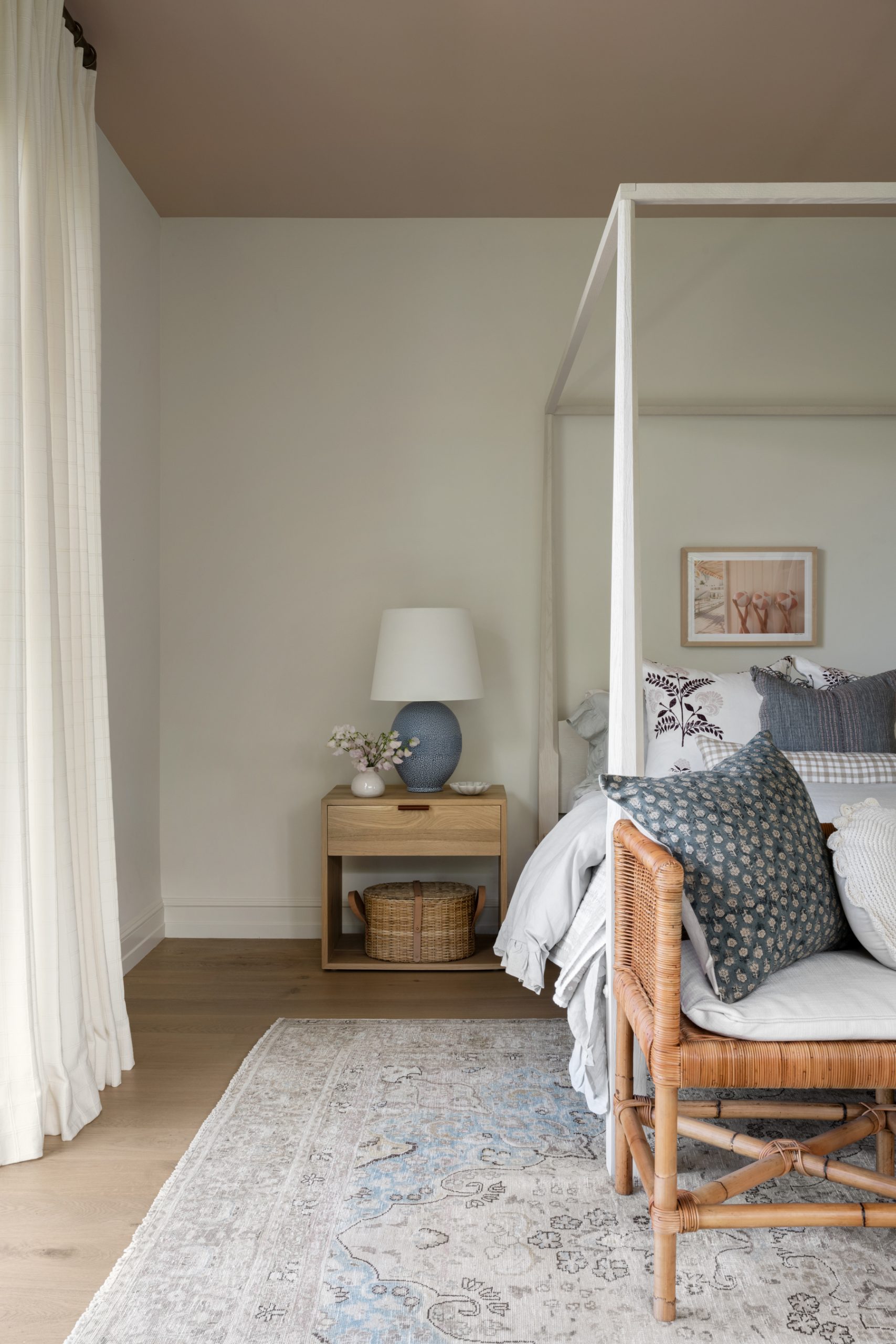 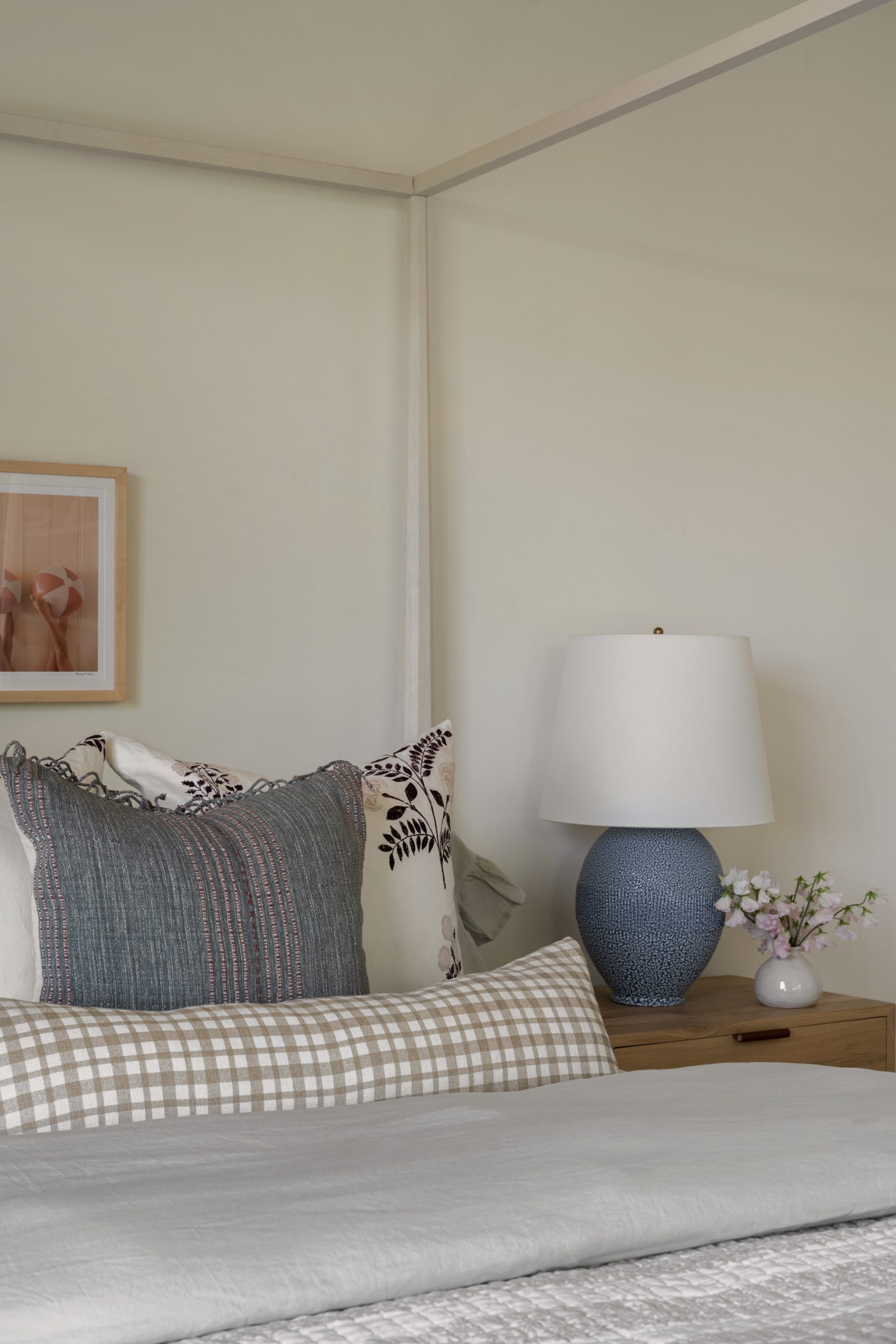 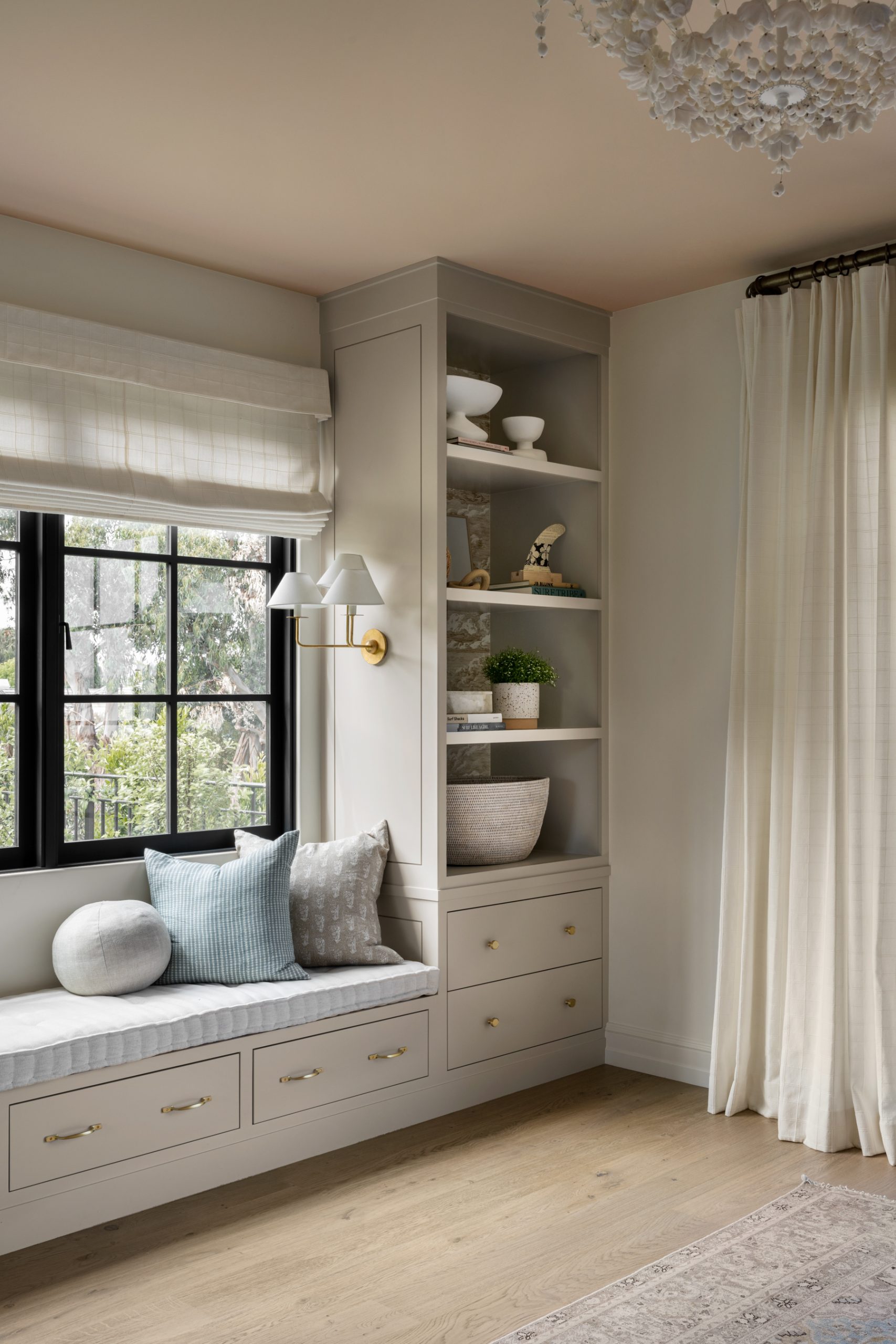 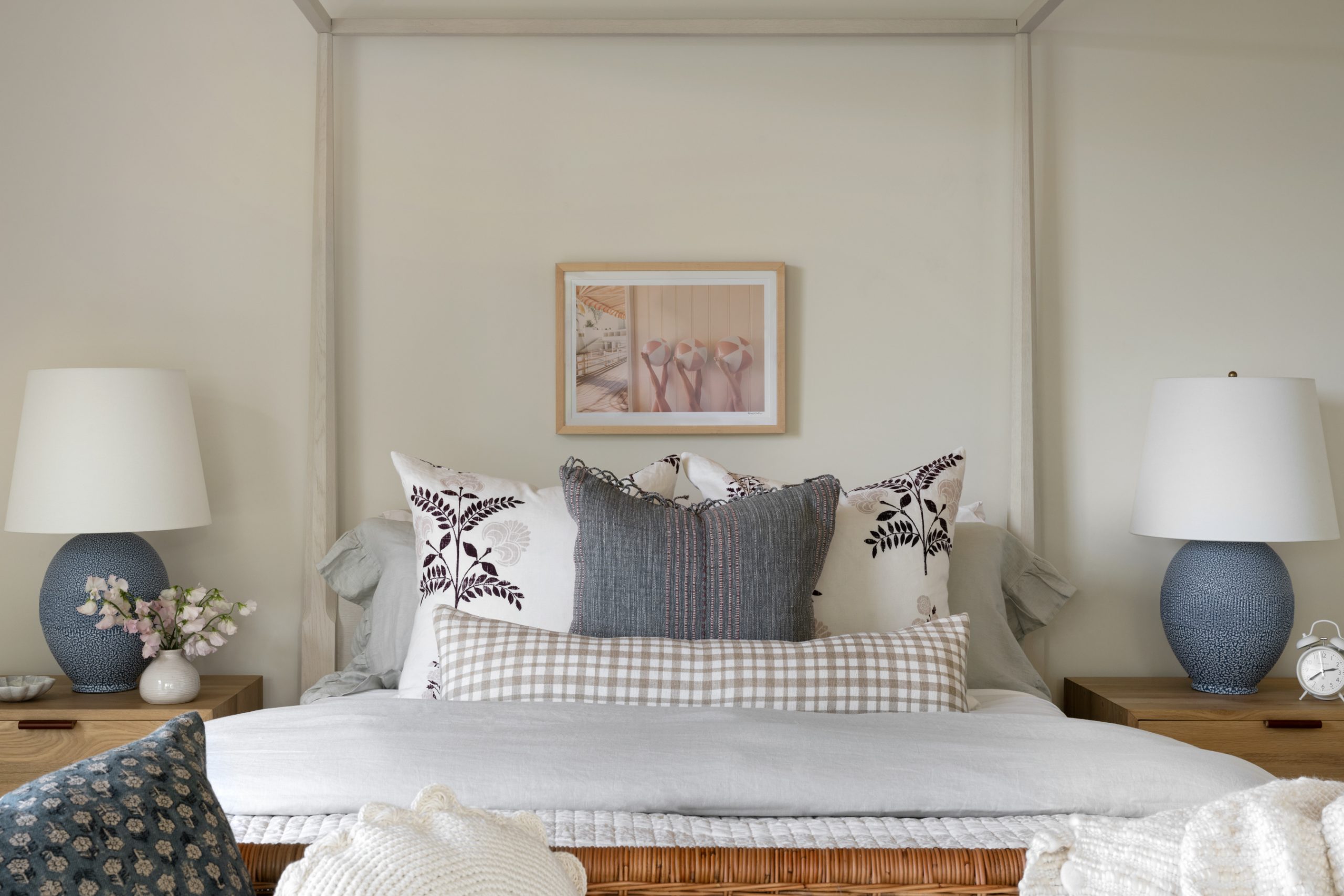 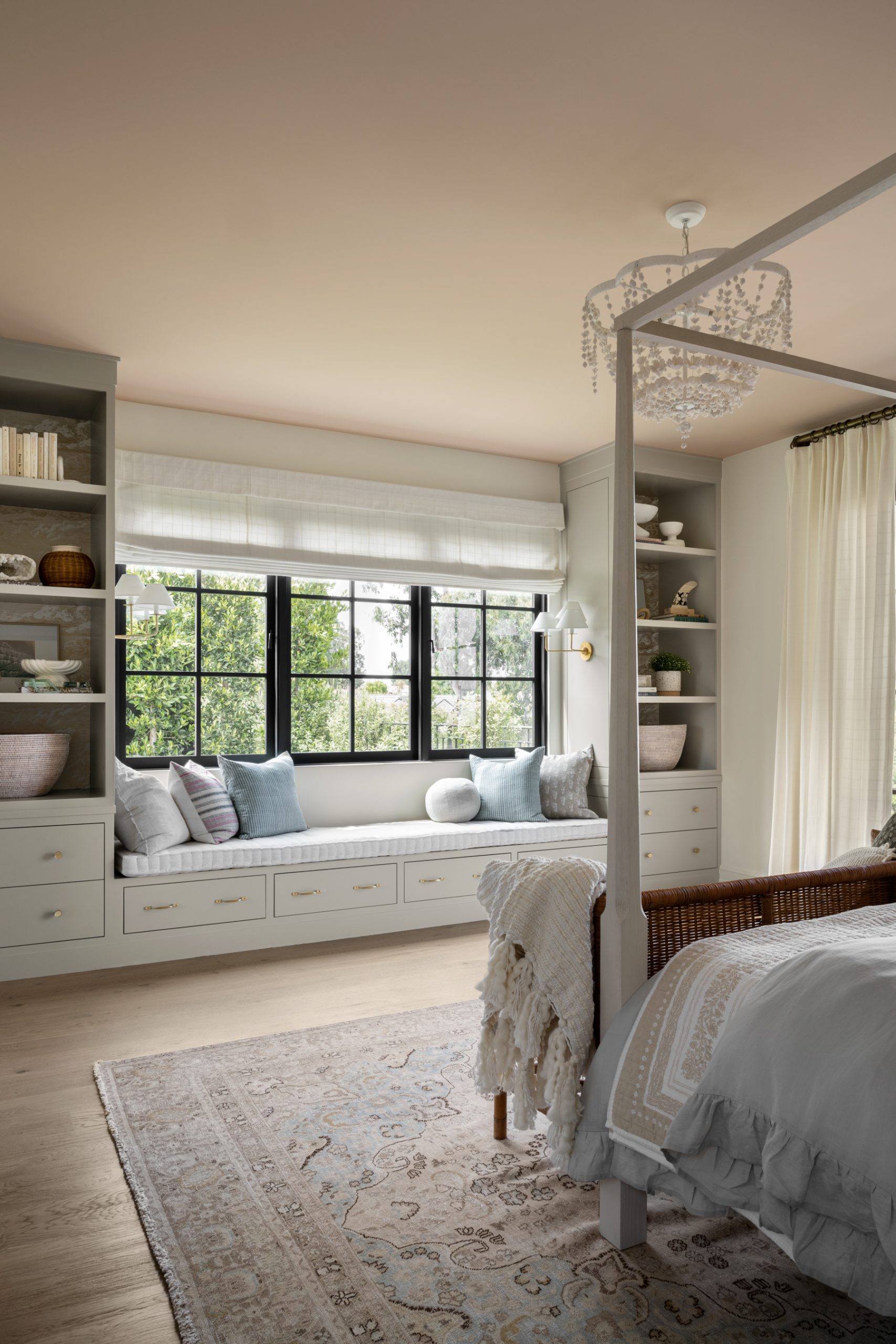 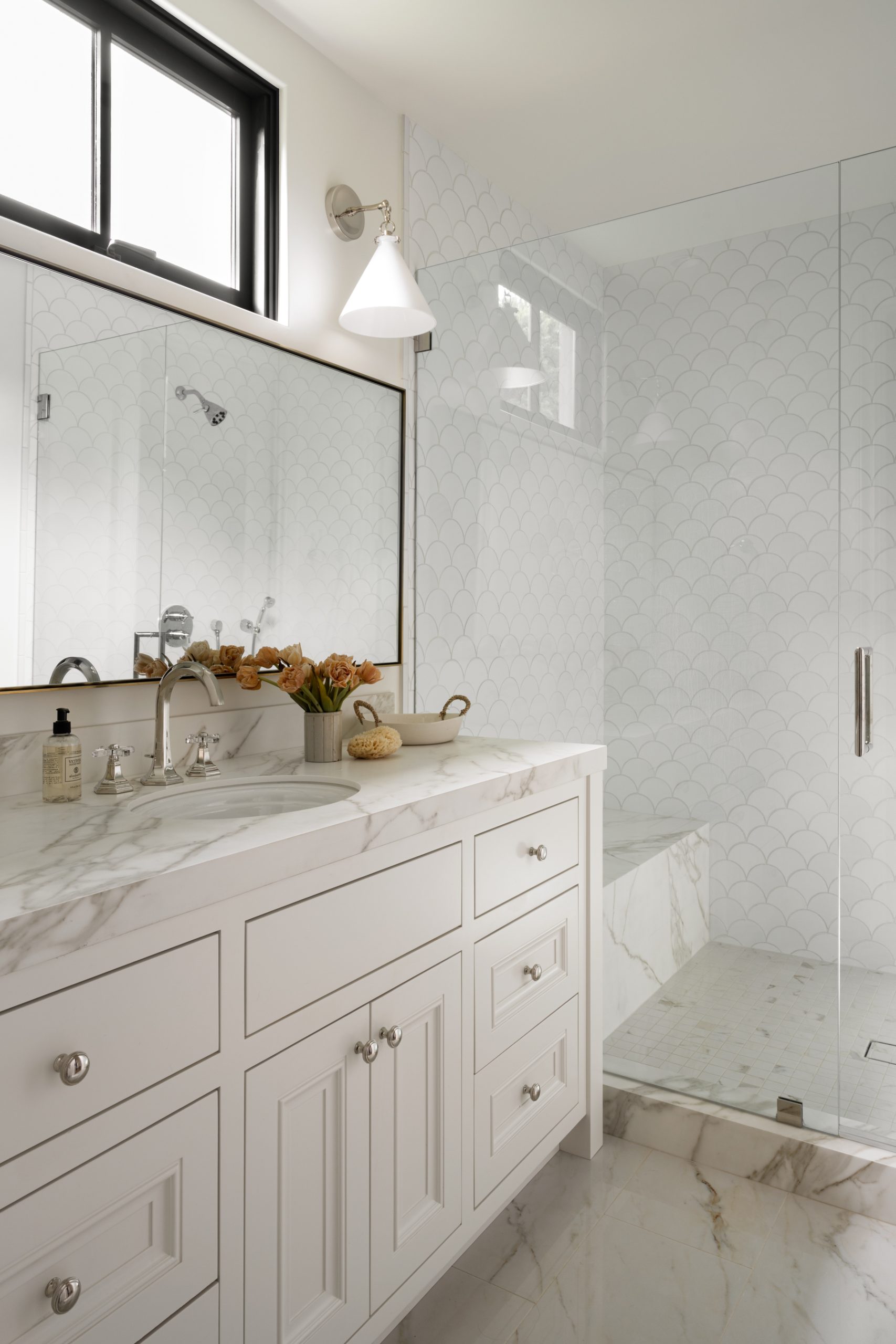 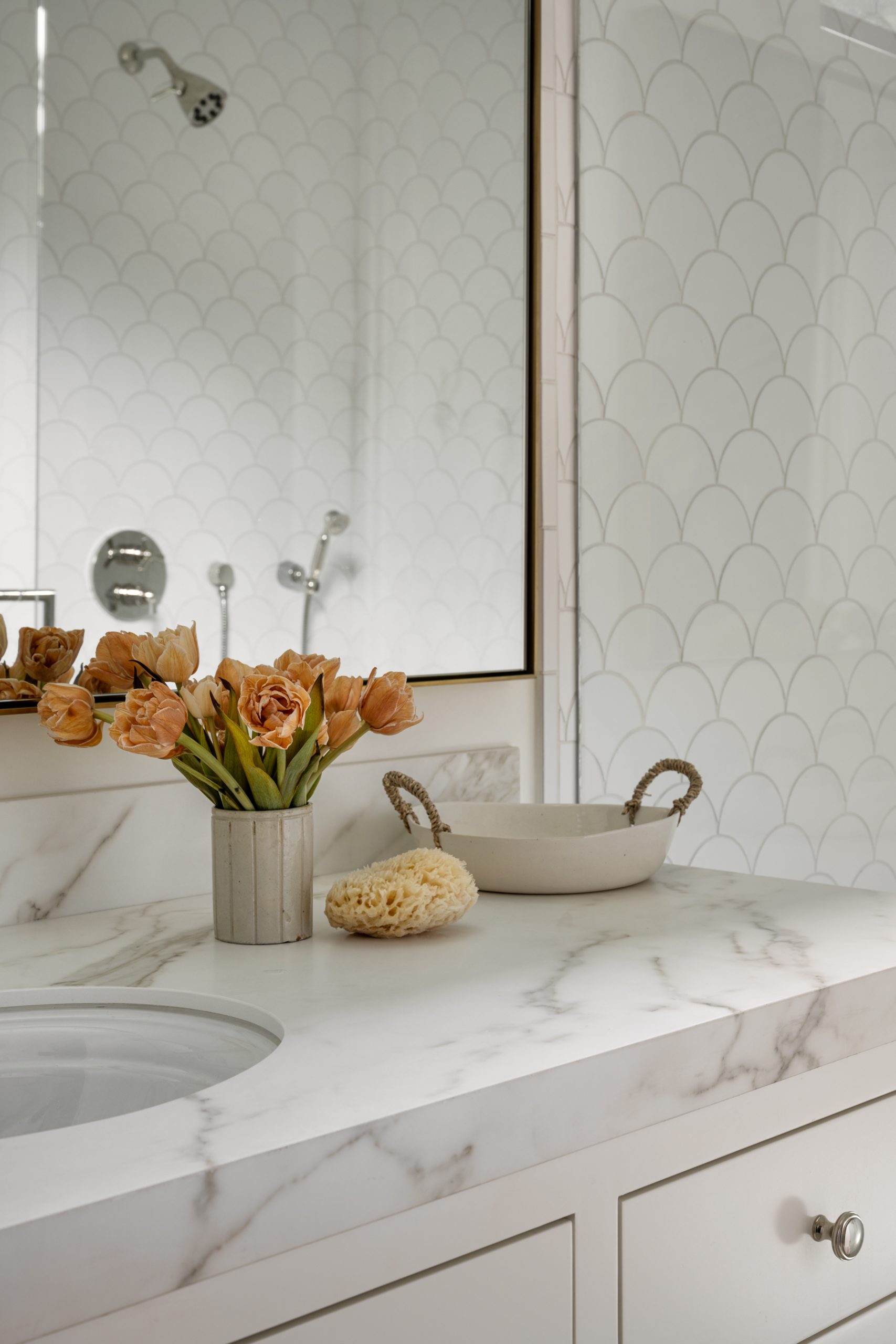 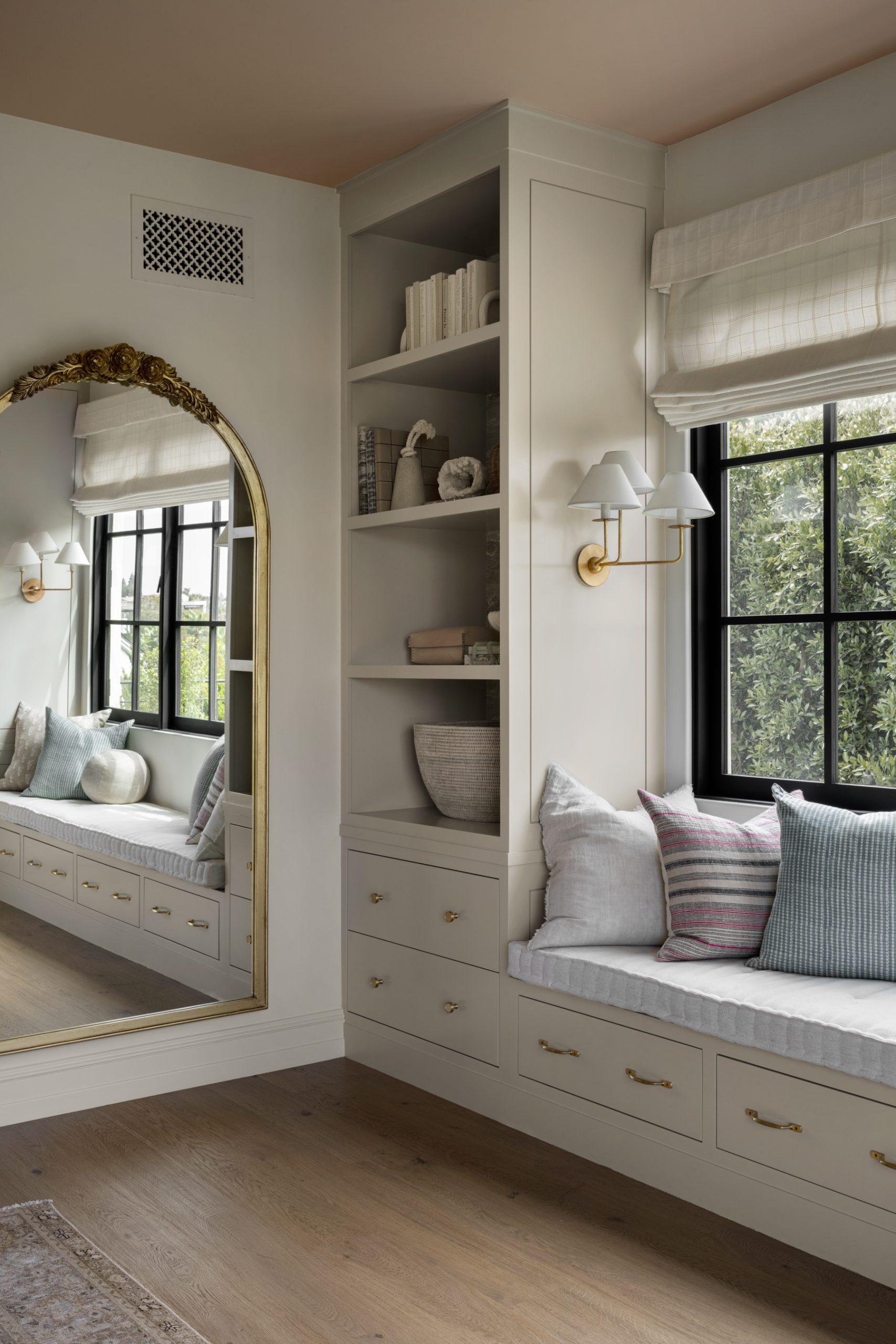 In the boys’ rooms, patterned sheets and wall-mounted football art injects personality into the space. A “dimensional art piece” is a fun way to incorporate the client’s character into the design without adding more art to the walls, as is board and batten which is used in different ways in each of the rooms. Industrial plug-in sconces add casualty to the rooms with exposed cords and switches. And a neutral wall color, Swiss Coffee by Dunn Edwards, let’s all the design elements be their own standalone moment.

Use indoor/outdoor rugs in kid-centric spaces for an added layer of durability without compromising on style. 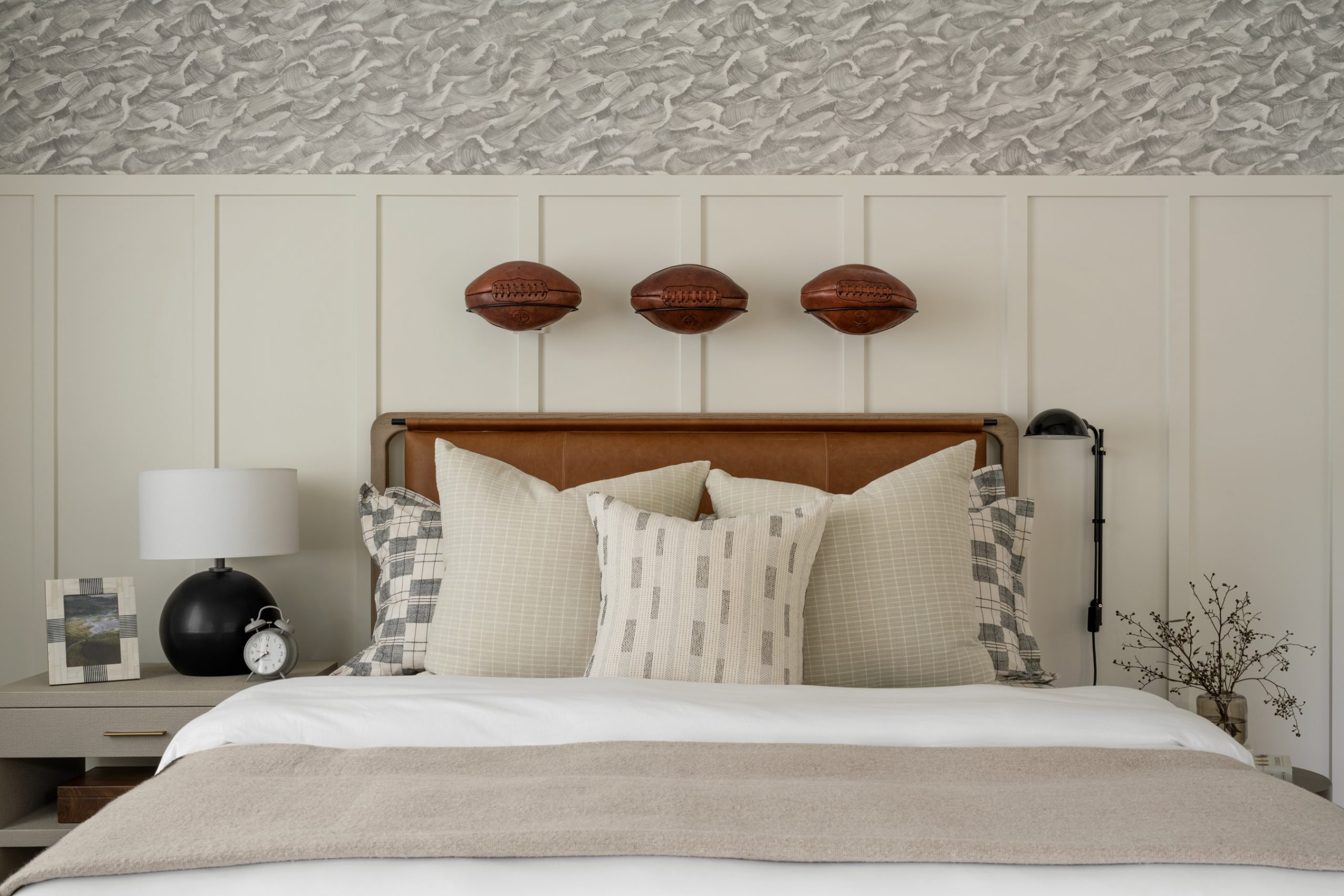 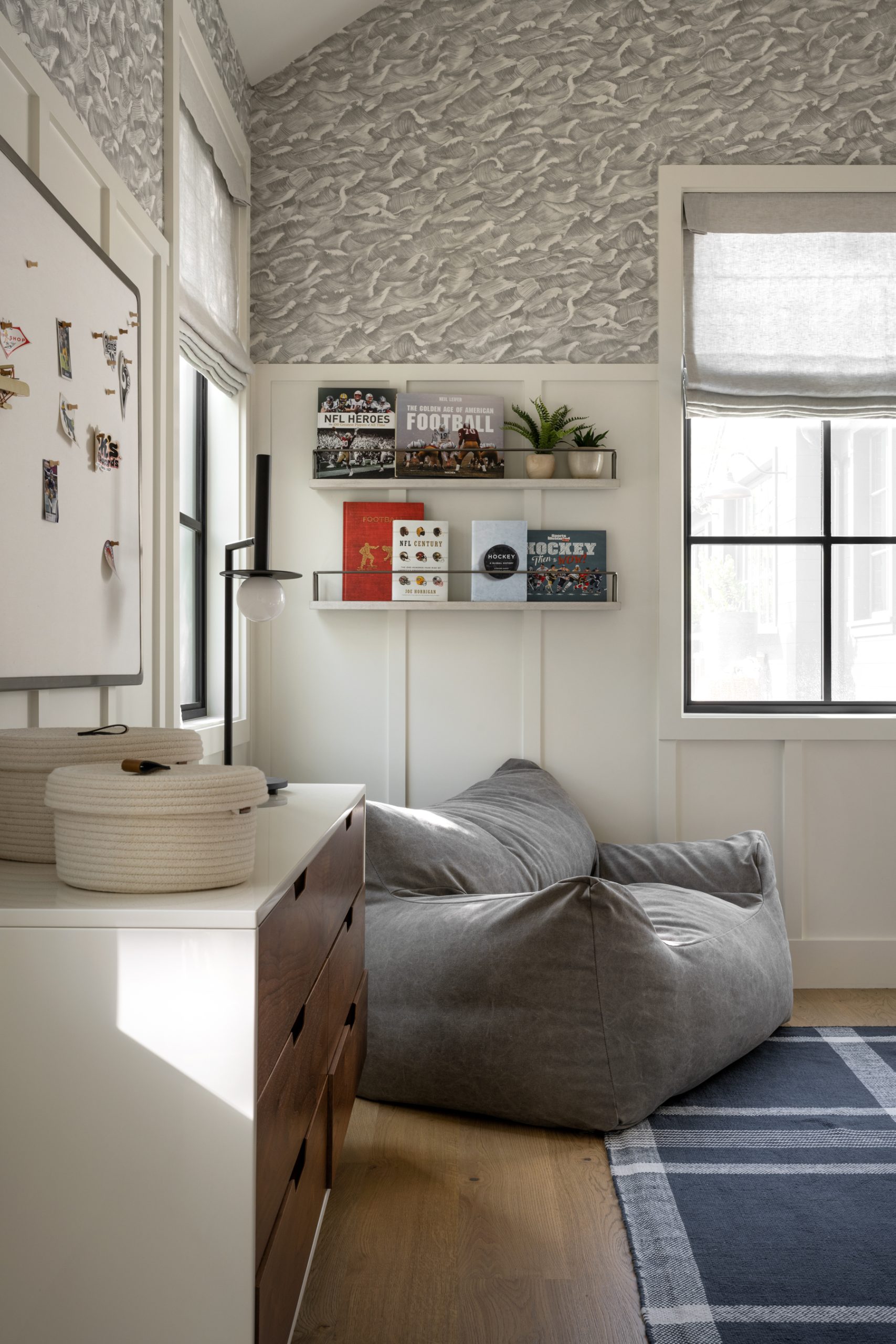 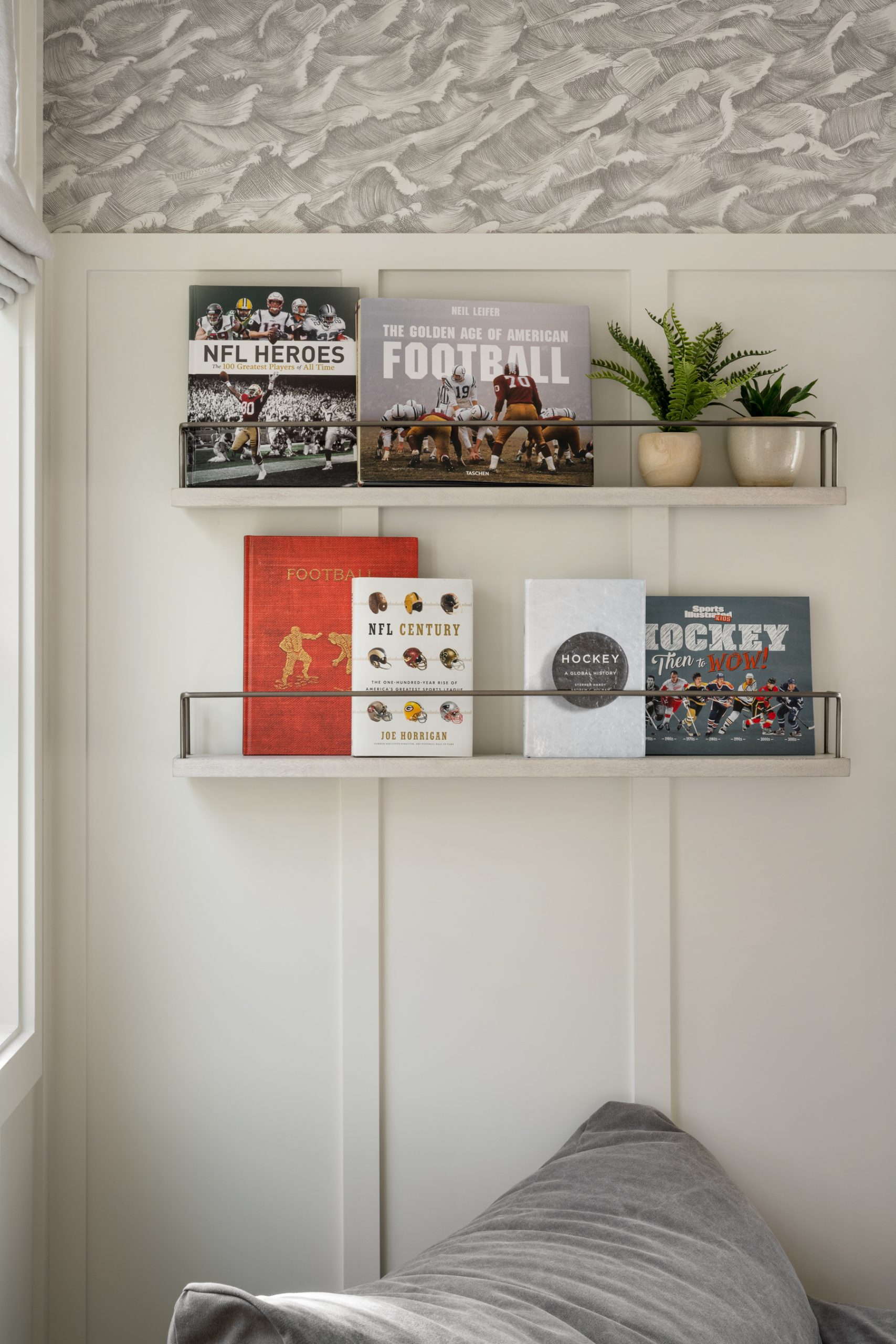 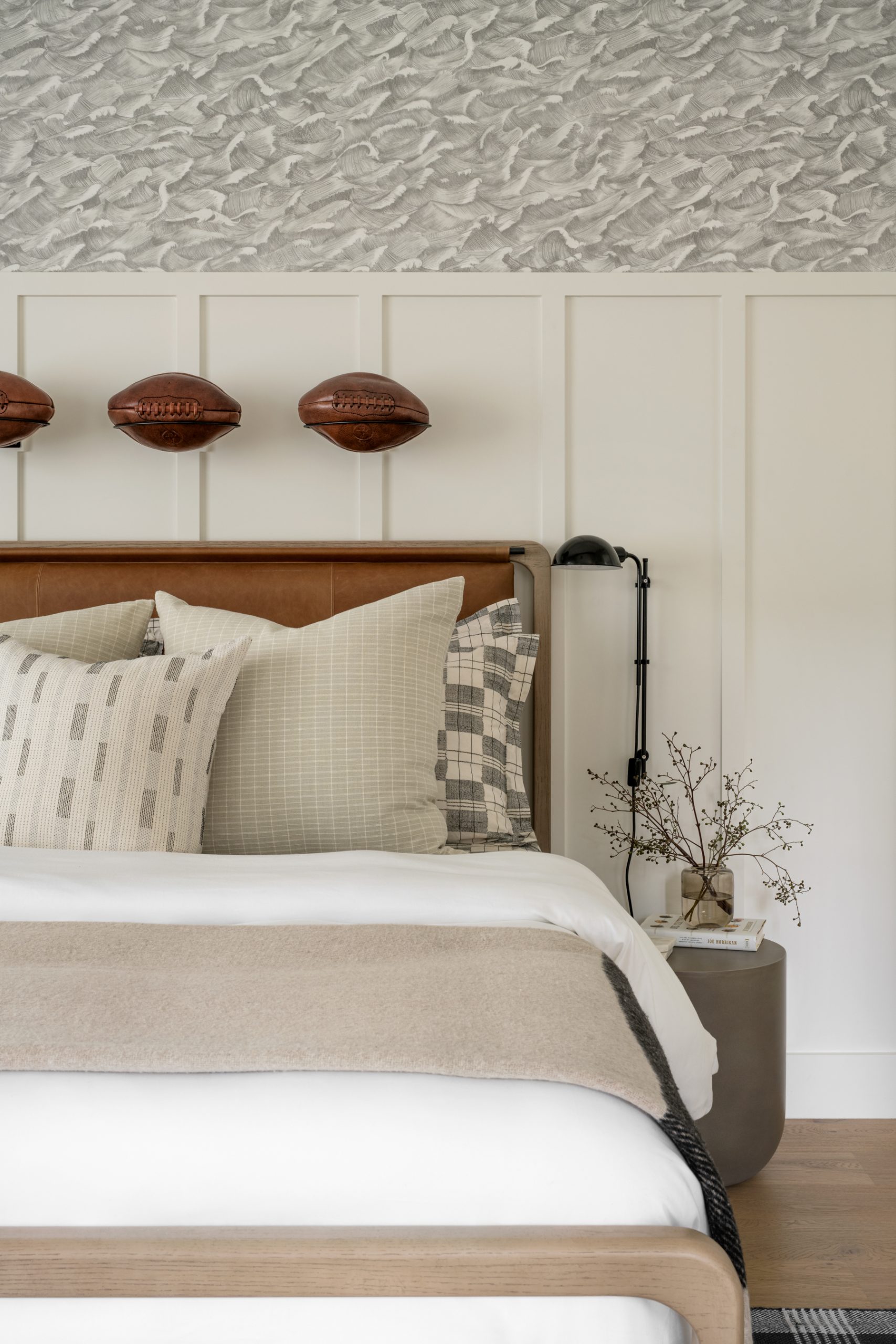 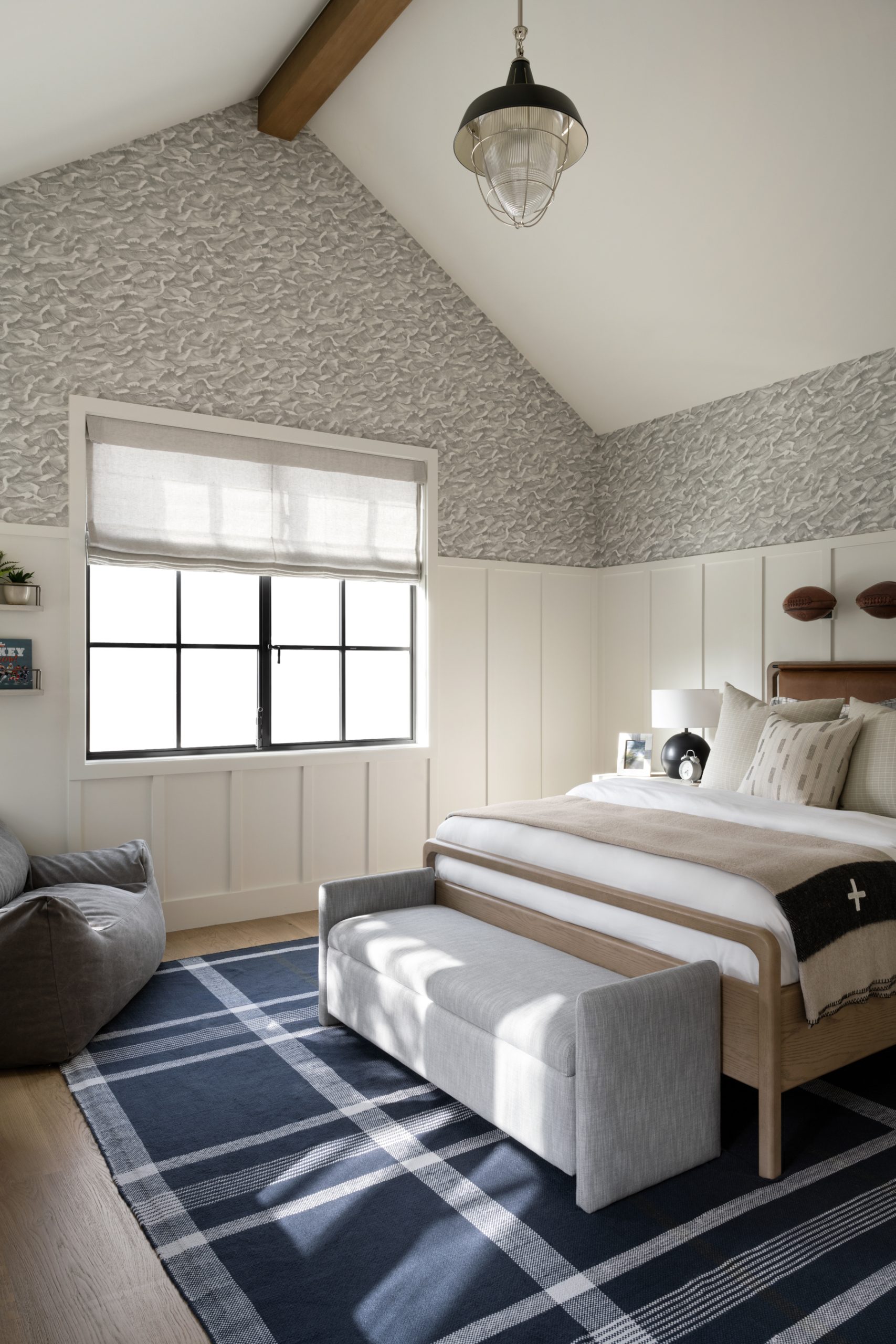 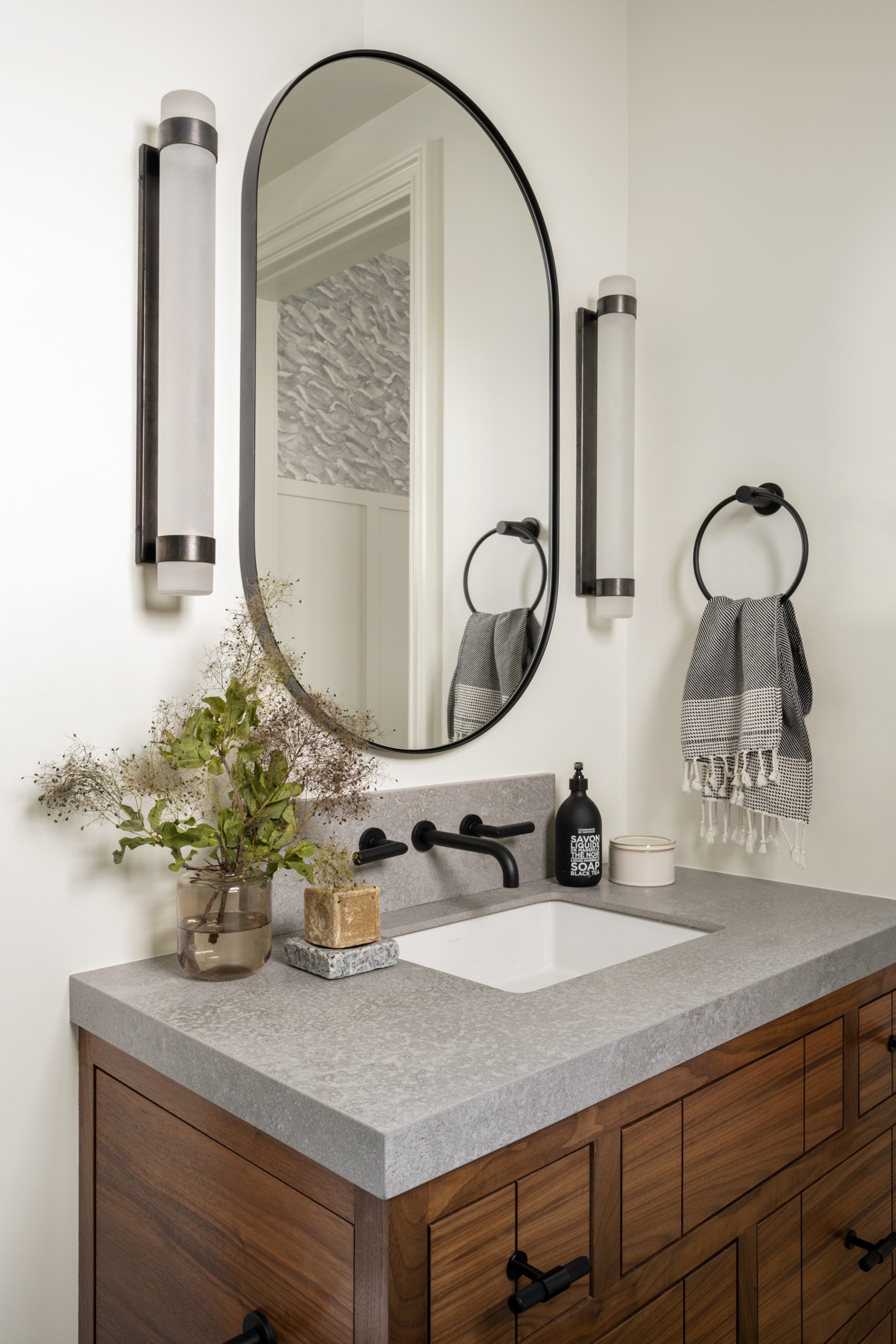 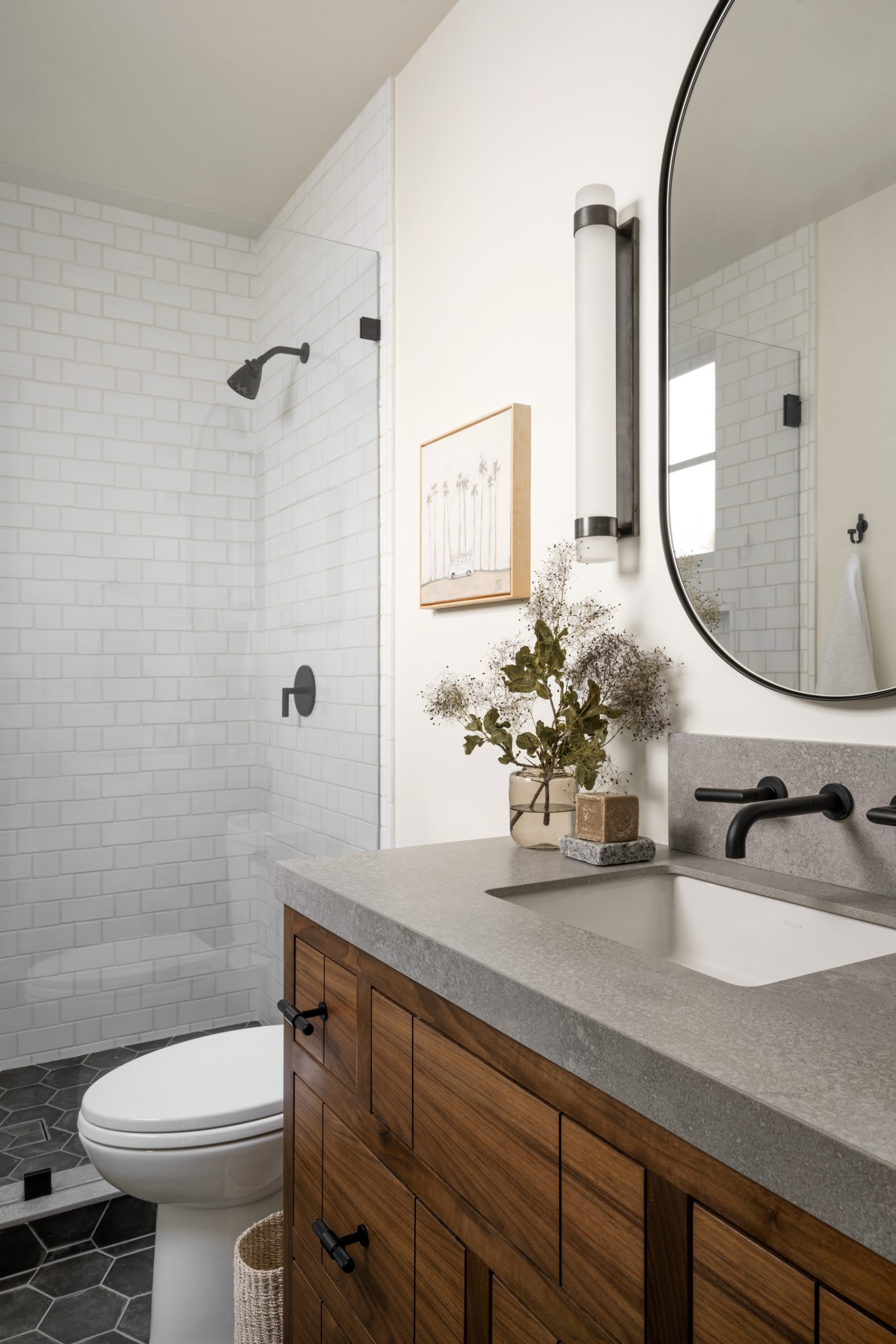 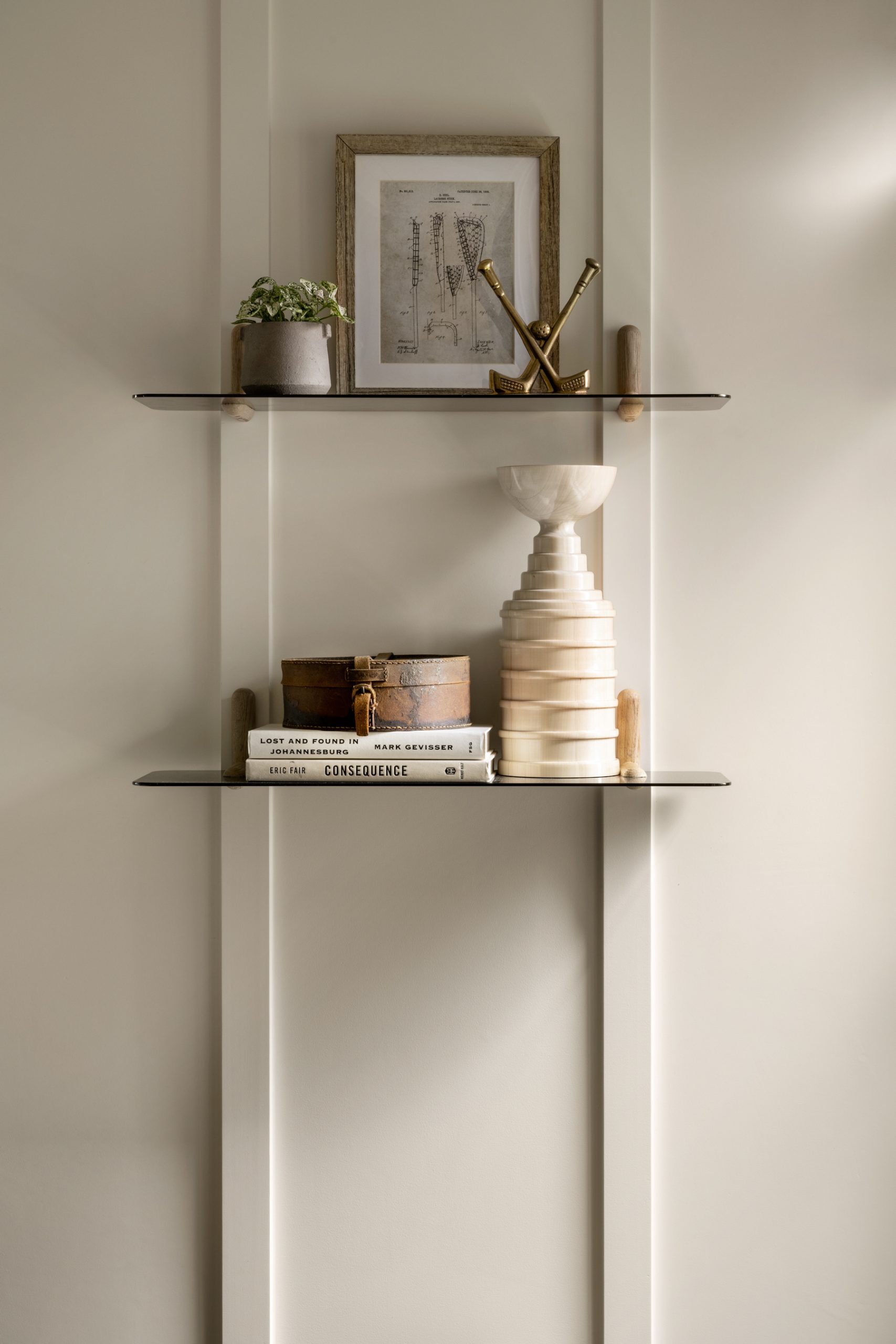 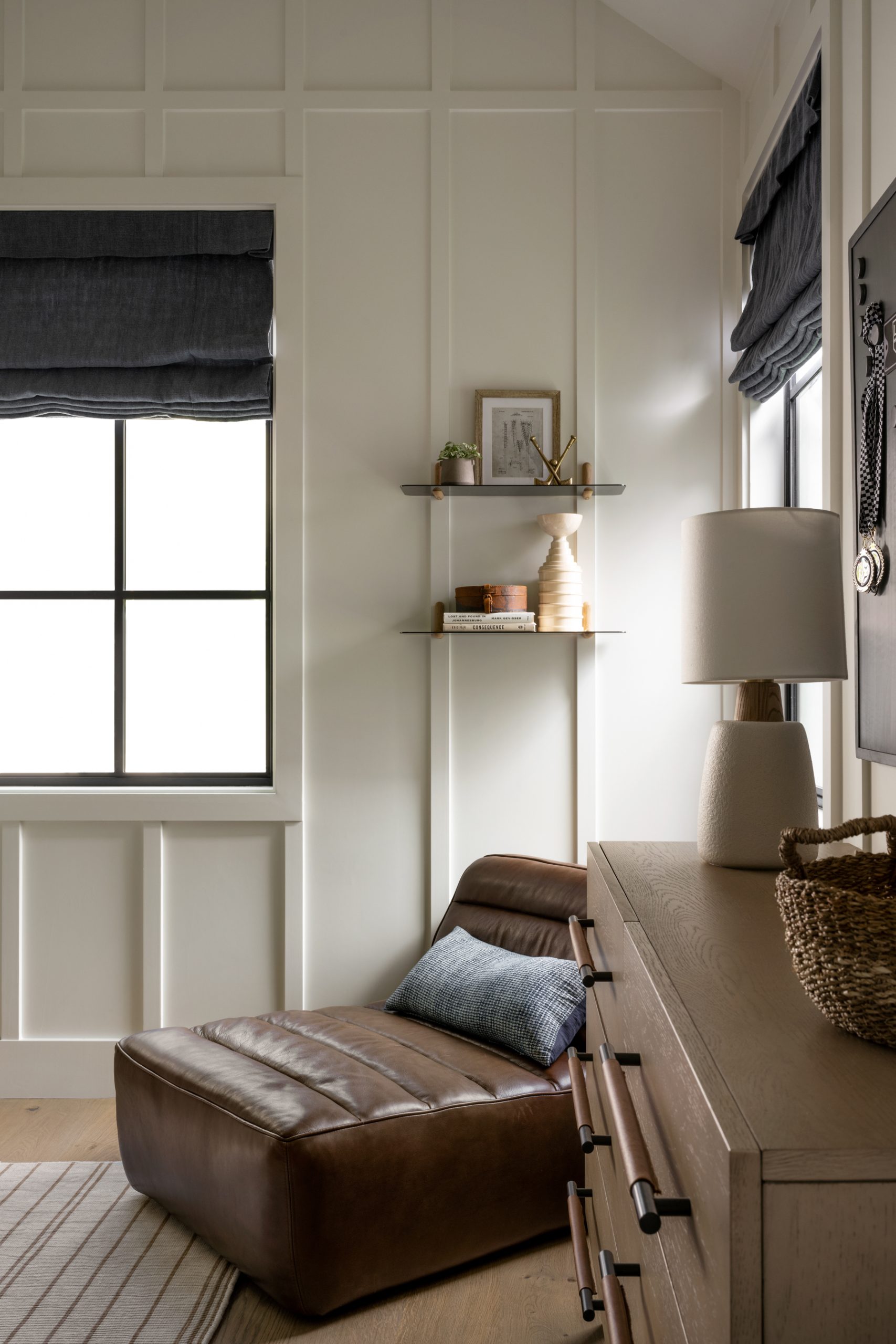 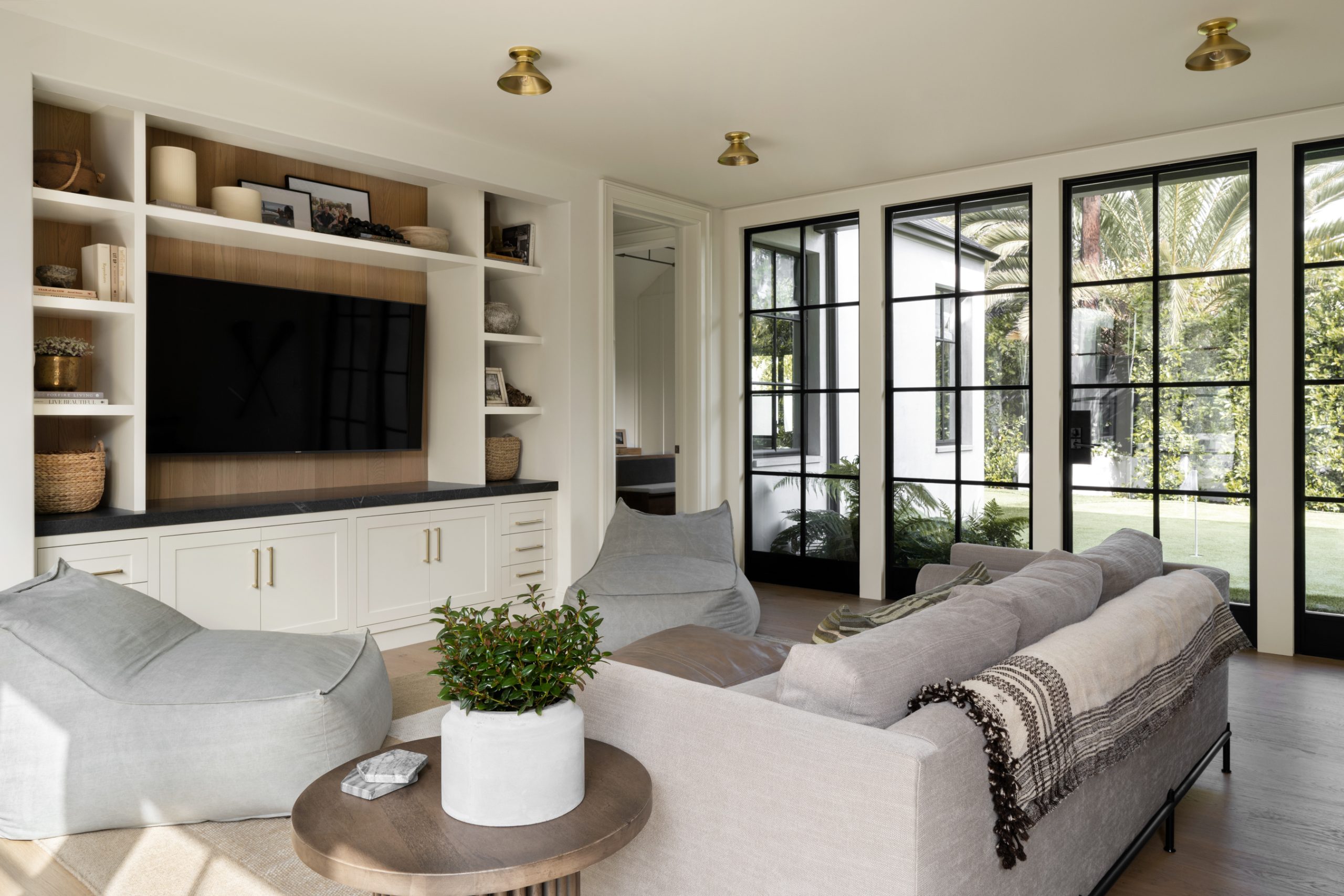 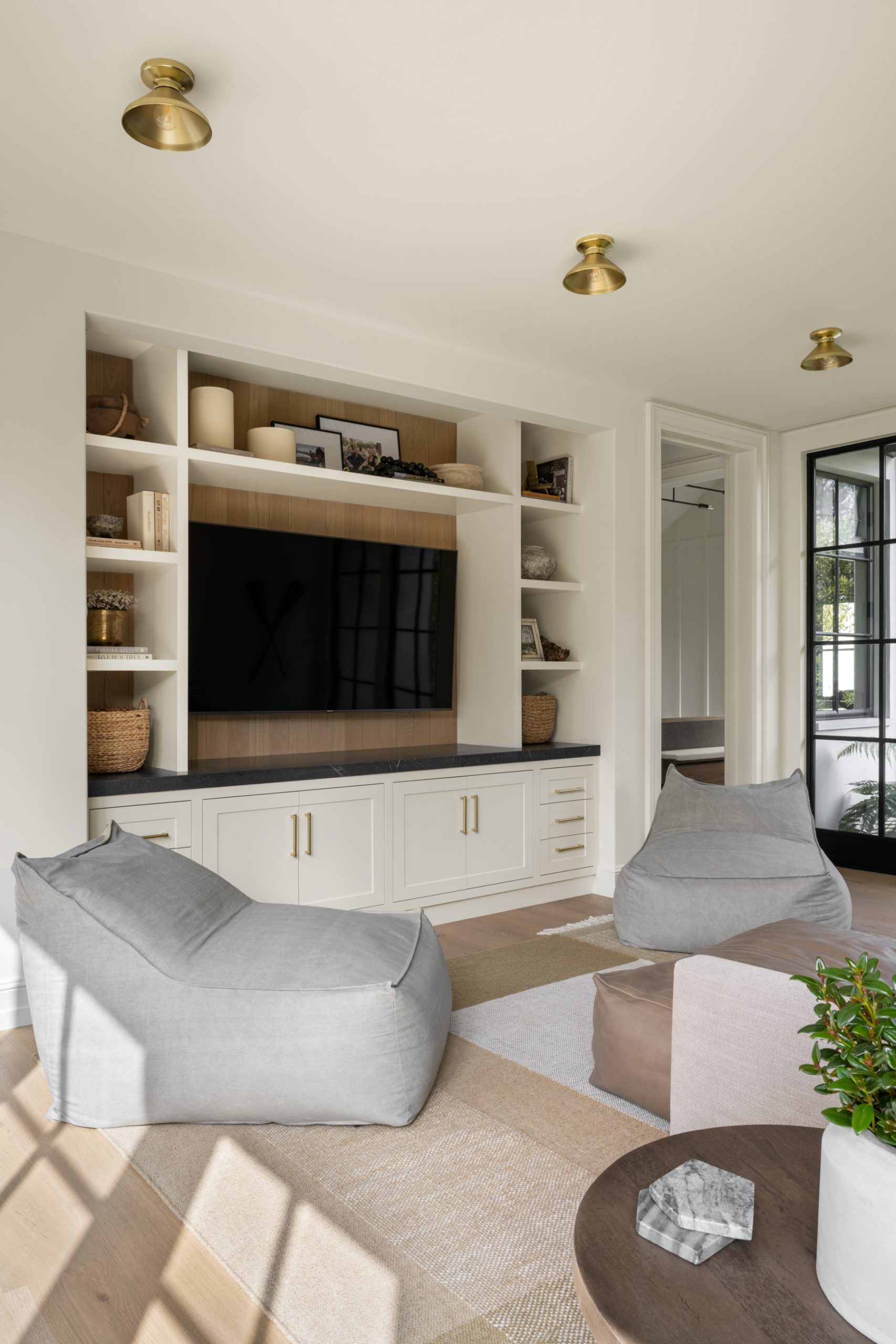 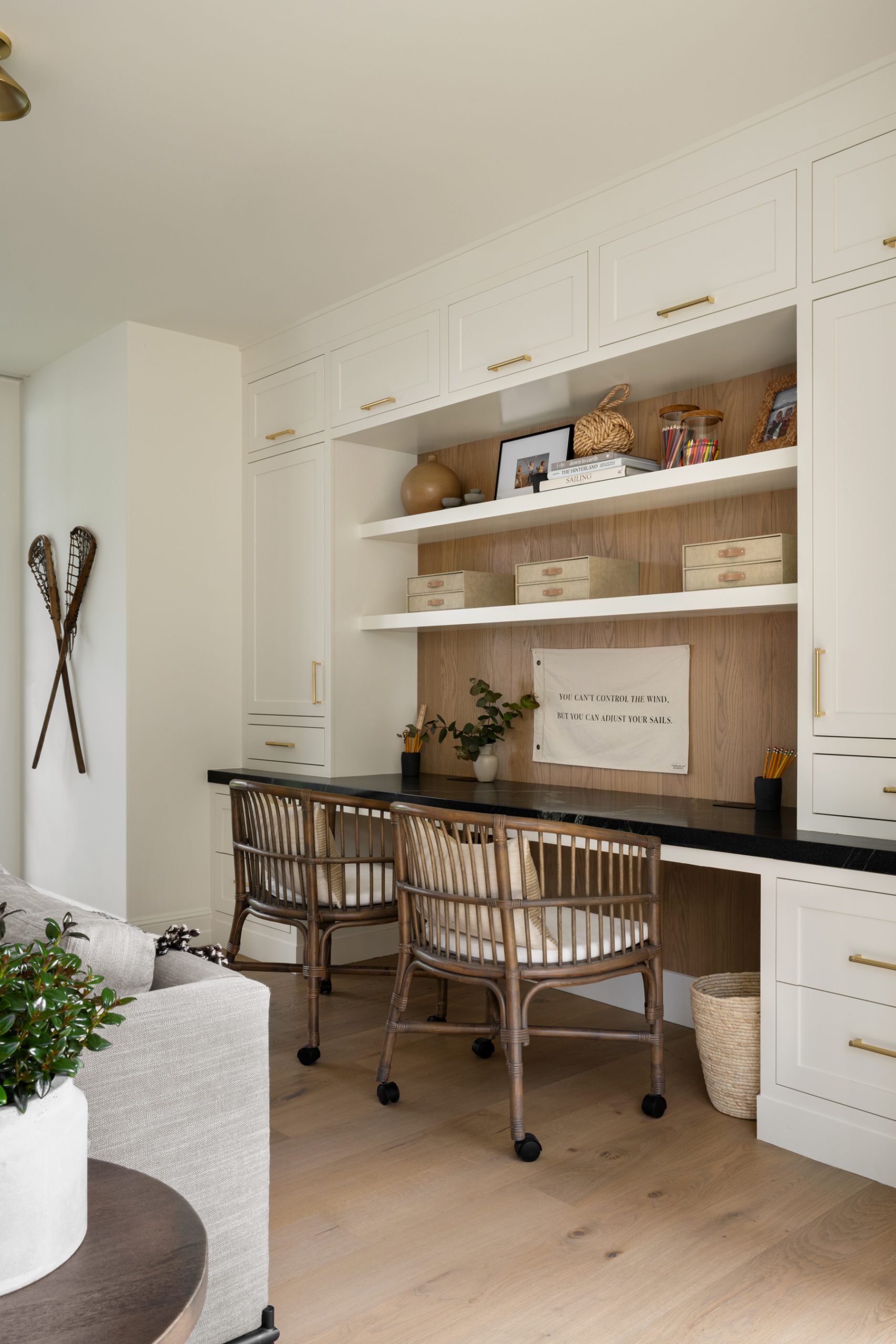 Shea Walks Us Through Her Favorites From the Target Holiday Collection